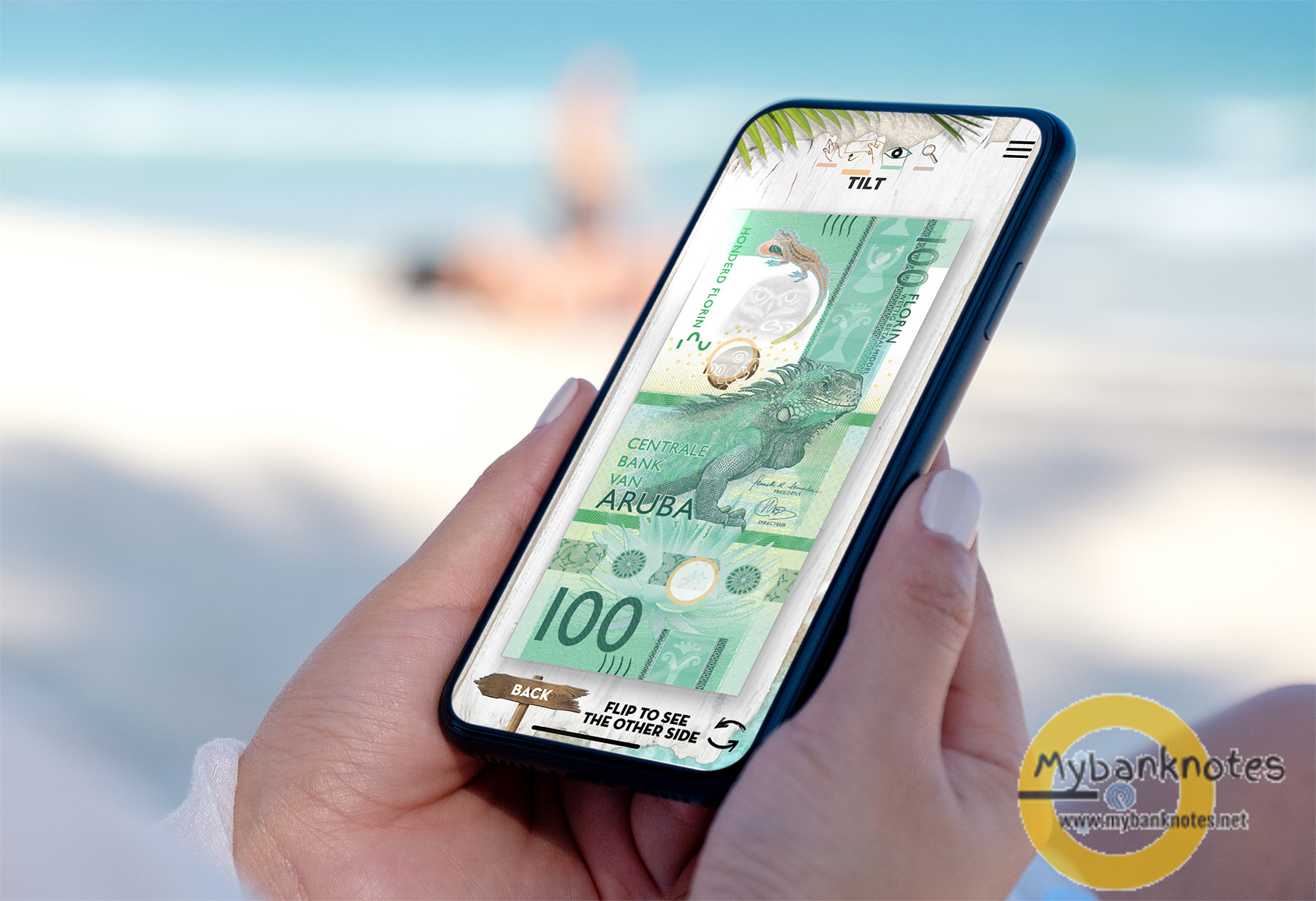 When the central bank of Aruba introduced the newly circulated series of a banknote. It immediately made an impression and shock to both people and collectors. In addition to the vertical line design, this new Aruba banknote series is designed based on the “rare animals” of the island. So, this set of banknotes that they called “The stars of Aruba.”

Introducing a completely new series of banknotes was not an easy decision for the Centrale Bank van Aruba (CBA). The previous notes were very liked by the public on the small, beautiful island in the southern Caribbean Sea. But after intense preparations with many stakeholders and bold decisions to also include humor in the public awareness campaigns, the 120,000 residents of Aruba now have one of the most innovative and modern banknote series in the world. 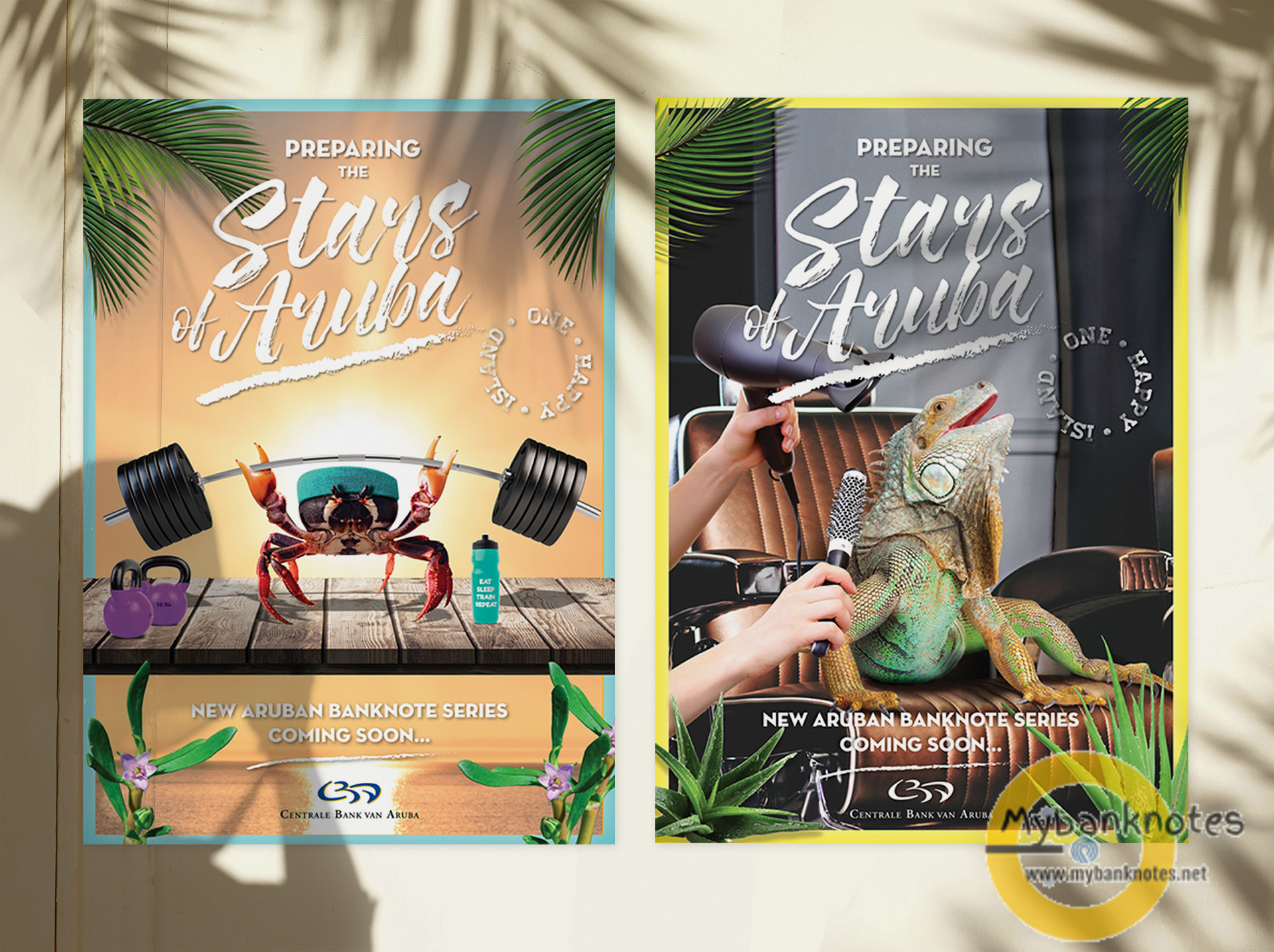 “We had to present a better product that the public could fall in love with – and we succeeded. The reactions since the launch have been very positive. Shortly after the co-circulation started, 80 percent of the old banknotes were exchanged”, says the President of CBA, Jane Semeleer.

After a successful marketing campaign, the CBA launched the new series on May 17, 2019, and made it available to the public on June 3, 2019.  Five new banknotes, of which one is a new denomination, were issued after years of intensive preparations and close cooperation with various local stakeholders, including the commercial banks, as well as international suppliers of banknote paper, security features, and equipment.

The result is quite astonishing. The public can now explore the 10, 25, 50, 100, and 200 florin banknotes in a new vertical format – each with beautiful artistic elements from the Aruban culture, flora, and fauna. These are the most secure banknote features available, with features such as high-relief printing, color-changing ink, MOTION SURFACE®, a 3D moving stripe with miniaturized micro-optics from Crane Currency, which also printed the new series.

Centrale Bank van Aruba issued a mobile app to let the public learn more about the banknotes – and take a closer look at the artistic details and security features of each banknote. You can download the app here:

Pride and Rich Life of Aruba

Jane Semeleer’s initial vision of the new series hatched several years ago – to make people proud of their country and to show the world the rich life of Aruba. It is clear that she is very pleased with the result and proud of what has been accomplished.

“I have shown the new banknotes to international friends and they like them. The new series is very modern, beautiful, and colorful. Something they want to take back home with them”, she says.

People appreciate that they can discover new elements of the banknotes almost every day. On each note, there’s a combination of different elements, vibrant colors, and messages about nature conservation that fuel curiosity. 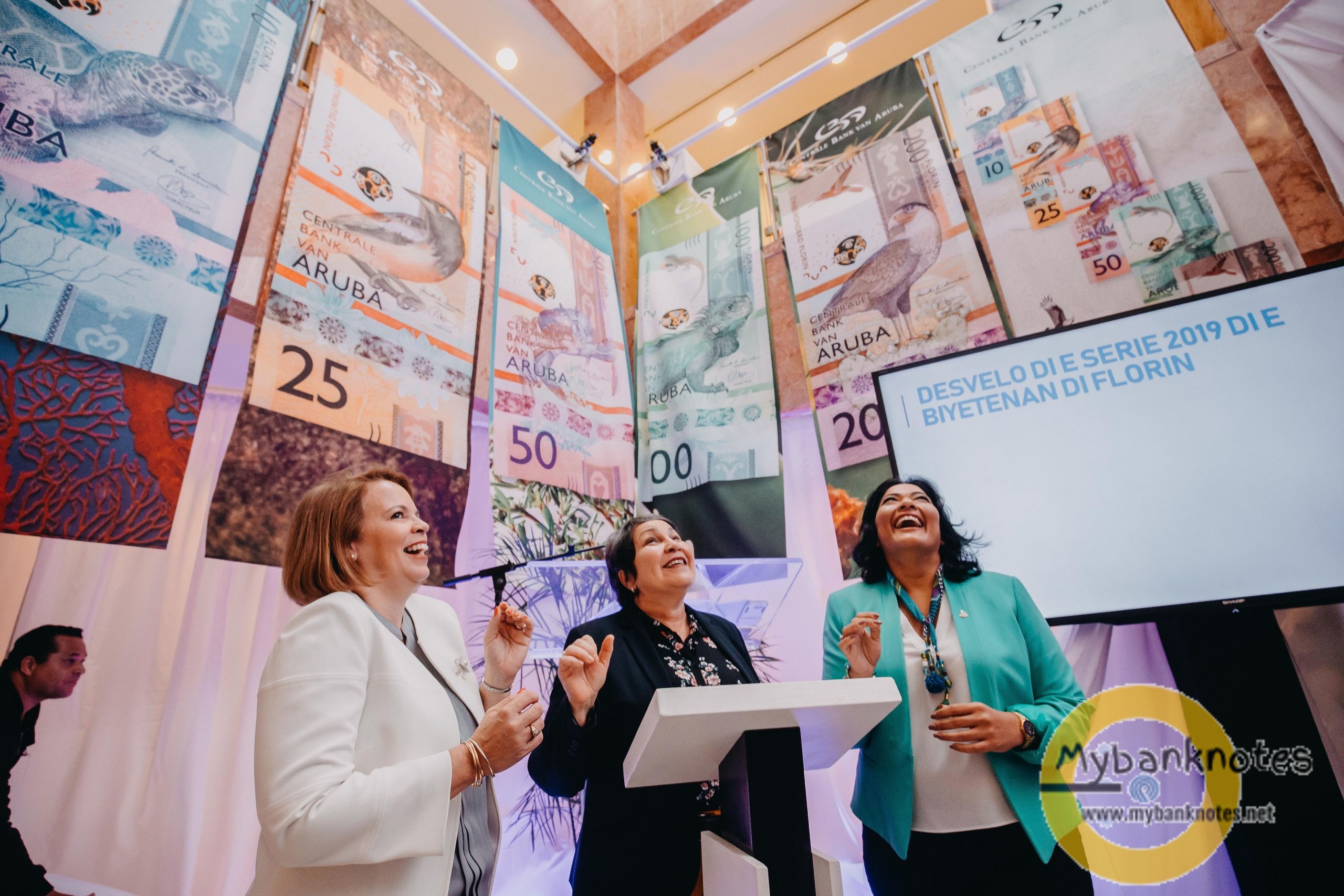 Selecting the Right Suppliers and Features

When the decision was taken to work with local Aruban artists, the CBA attended numerous conferences and company visits to find the best designers, printers, and other external experts. A lot of travel and hard work was done before choosing the right suppliers.

“You have to go out at least four years in advance and attend all conferences, listen to presentations, walk with the experts, feel the products, conduct on-site visits and review advanced security features”, Jane Semeleer explains.

For a small central bank as the CBA, it is crucial to balance the need for efficient anti-counterfeit technology at a cost. Selecting Crane Currency’s micro-optic security feature MOTION SURFACE for the complete series of banknotes was a decision not taken lightly.

“If you want to be open-minded you have to take some risk, but we didn’t want to be a pure test case for new banknote security features either. It had to be a proven technology, and MOTION SURFACE is in our view the best available banknote security technology. It has the highest quality and is the most effective feature on the market”, says Jane Semeleer.

Bold Decision to go with a Humoristic Teaser Campaign

The CBA took a bold decision to step away from being perceived as a dull central bank. To generate public attention before the launch, the CBA adopted a humoristic teaser campaign leveraging the island’s vibrant social media channels, in particular Facebook and Instagram. The campaign included the peculiarity and uniqueness of some indigenous animals, which were also key elements of the previous series.

“You have to make people curious, and we definitely succeeded. The Arubans were very surprised when the first campaign ads came out and wanted to learn more about the new banknotes. Each day people were looking forward to the next ad to see which animal we had put into the spotlight. And the public started asking for the next teaser animal, sending in suggestions to us with arguments for their favorite animal”, says Jane Semeleer.

The teaser campaign was titled the “Stars of Aruba” and was created together with Crane Currency and its communication partners in Sweden.

“This was indeed one of the most effective marketing strategies that we could have used. It worked very well – and an innovative and creative way to show that the CBA also has normal people as its staff”, says Jane Semeleer with a smile.