In 2006, the Brunei kingdom started to use new 10,000 dollars. When I mentioned this to some people, they laughed. Most of them have not even seen the old $10,000 note, so it does not matter whether there is a new note replacing it or not. While it is true that not many of us will be using those but should you come across one of them, you would realize that these are new notes. The new $500 and $10,000 notes are now on the polymer series leaving only the $1,000 note which remained as non-polymer. 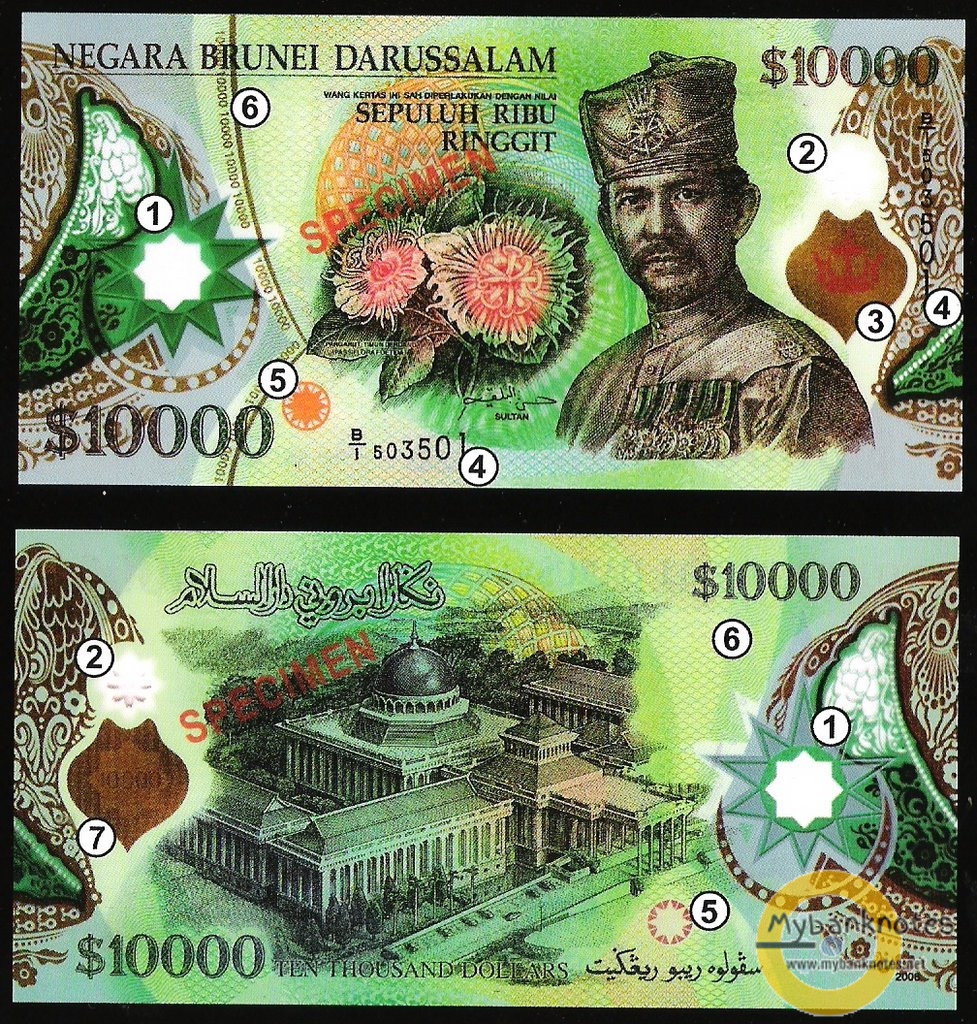 The new $10,000 note is much smaller than the old one. I wrote about the old $10,000 note about six months ago. The new one is much nicer and not as big as the older one. The older one I think had the size of an A5 paper and not friendly at all if you have to put it in your wallet. But then only very few people would actually go around with $10,000 notes in their wallet.

The new $10,000 note had the following features (countercheck against the numbers on the pictures of the $10,000 note on the left):-

1. The motif, based on a 10 pointed star forms a clear window. The pattern around the window alternates between green and magenta when viewed at different angles.

2. The initial “10K” can be seen when viewing through the small transparent window to a point light source.

3. The crest of Brunei Darussalam is printed in vibrant red ink on a shield-shaped gold patch.

4. The serial numbers are printed on both vertically and horizontally in fonts of varying sizes.

5. When the note is held up to the light, the 8 pointed star becomes a filled-in circle through the combination of printing on both sides of the note.

6. The shadow image of His Majesty’s portrait and initials “HB” will appear when the banknote is held up to the light.