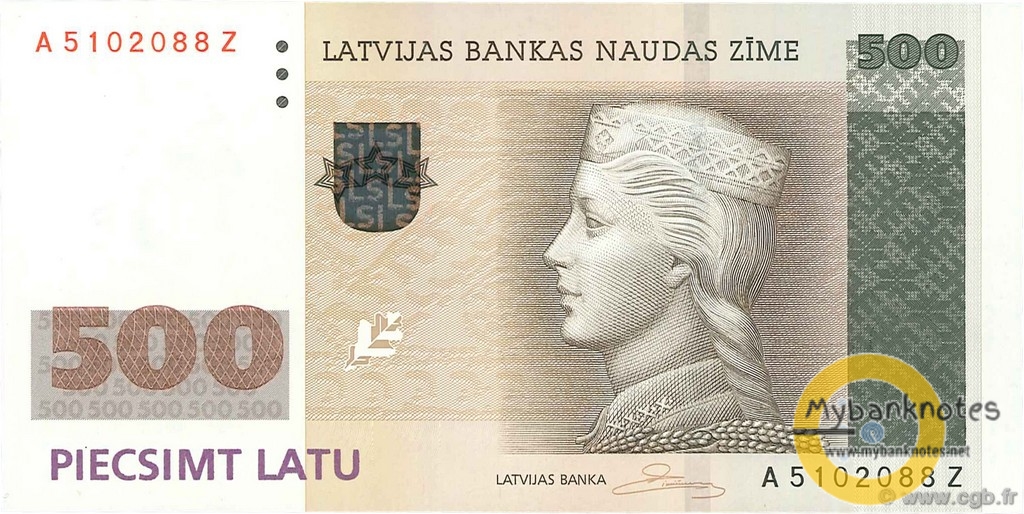 What are the distinctive features of the new banknote?

What are major security features of lats banknotes?

The security features are similar in all banknotes:

Shall the existing banknotes be exchanged for the new ones?

In the future, 500-lats banknotes issued in 1992 and 2008 will be in circulation. All banknotes remain legal tender in the Republic of Latvia. The Bank of Latvia will continue to withdraw from circulation and destroy those banknotes that are damaged or of deteriorating quality. It is not necessary to exchange the old banknotes for the new ones. 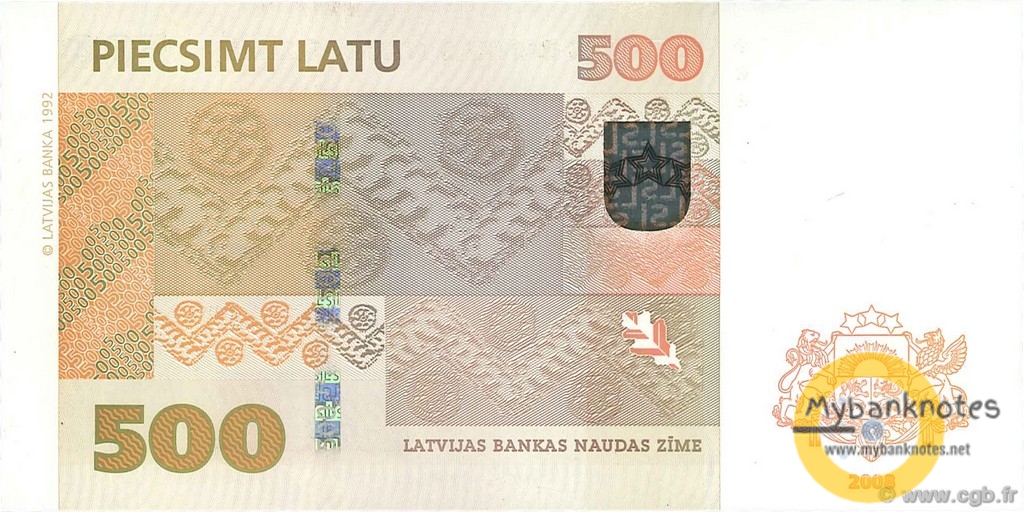 Where are the new 500-lats banknotes printed?

The new 500-lats banknotes are printed by the same company that printed the previous Latvian paper money, i.e. Giesecke&Devrient in Germany.

Are any other new banknotes or banknote design changes to be expected?

New security features will be introduced also in the future, yet substantial changes in the banknote design are not to be expected.

Notes: Now, Latvia is a one of members at the EU Union, they change from latu to use Euro.

this note is beautiful but very expensive.