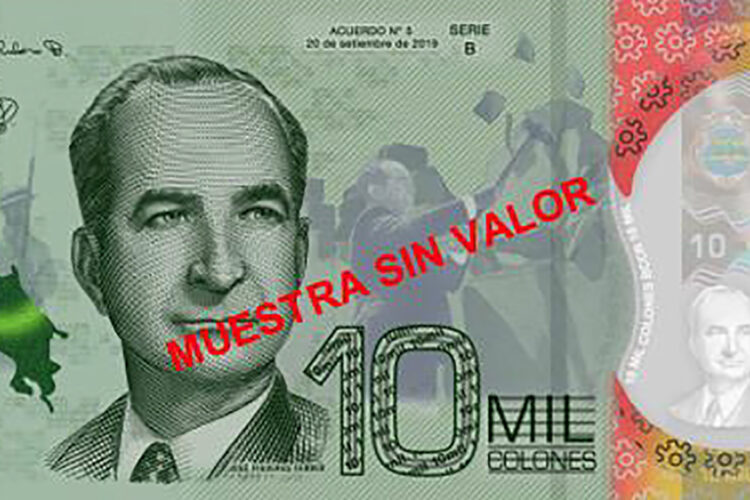 The Central American country of Costa Rica has just announced that it will officially circulate 1,000 and 10,000 new Colon on polymer materials.

Specifically from the announcement of the Central Bank of Costa Rica, from October 15, 2021, the above two sheets will officially circulate. With the introduction of the two polymer banknotes, Costa Rica has completely officially completed circulation of the country’s currency denominations in polymers from 1,000 colons to 20,000 colons.